Like most industries around the world that have felt the consequences of the Coronavirus and the following regulations over the last six months, the Israeli startup ecosystem hasn’t been ‘left behind’. The Israeli industry, which has significantly grown over the last decade, met the virus right after a record-breaking year in terms of capital raising, M&As, and others. Did the virus infect the ecosystem? Which sectors have emerged despite the situation? Were young companies neglected in the process? Or rather, do we find older companies being left behind to suffer the consequences? Let’s take a deeper dive into the Israeli high-tech industry’s first half of 2020 and answer these crucial questions.

When we examine the data according to the company’s stage, we see a 12.5% decline in the number of funding rounds belonging to companies in the growth phase, compared to the same period in 2019. Despite the decline in numbers, these companies still raised $2.08B compared to $1.74B last year. This marks a 20% increase compared to the previous year and 25% when compared to 2018.

Given the nature of this period, it doesn't come as a surprise that companies offering Internet and mobile solutions have taken a large share of the total funding. These companies raised $1.3B, which is 34% of the total funding in the first half of the year, and only $300 million less than the sector’s total funding last year. Another sector that presents growth this year is the software sector, which grossed nearly one-fifth of total funding or $712M. Even though they received only 5% of the funds, CleanTech companies noted a major rise in fundraising, having raised $204M. This is an increase of more than 17% compared to the whole of 2019 and an increase of 69% compared to 2018, in which only $121M was raised by the sector. The Israeli fintech sector, which experienced a surge last year accounting for nearly a quarter of total funding, presents a major decline, accounting for only 10% of total funding so far in 2020. The field of life sciences, which we can only hope will produce game-changing innovation when the world needs it most, has continued its trend over recent years, and continues to attract fewer resources.

Summing up and looking forward

In a time when the winds of change blow almost daily, it is even more difficult to predict what will happen tomorrow (and especially next quarter). Although the number of young companies receiving funding at critical stages has waned, many companies still have and will have opportunities during this period. In addition, mature companies are actually gaining investor confidence and attracting decent sums of money. This goes to show that where ever the Coronavirus hits, it also creates an opportunity for growth and innovation. Companies will be hurt by the crisis, but if the Israeli startup arena still strives for innovation and progress, we will also see companies grow with and from it. If there is one conclusion that brings a sense of confidence, is that the panic that characterizes many areas of our lives now has not yet reached the Israeli startup arena. 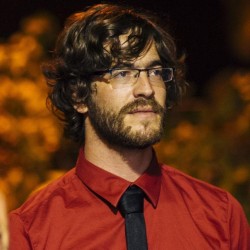 PTO into cash: Sorbet adds funding, and finds a new market down under
By Oshry Alkeslasi
investments / June 28, 2021

From Porsche to parking: Funding pours down on 4 Israeli startups
By Oshry Alkeslasi
investments / July 09, 2021

Transmit Security lands $543M at a $2.2B valuation to leave passwords in the past
By Idan Ben Tovim
investments / June 23, 2021
You've successfully subscribed to Geektime!